“Not far ahead were dreary hills, rising higher and higher, dark with trees. On some of them were old castles with an evil look, as if they had been built by wicked people.”

Hey guys! I got bogged down in the Midgewater Marshes this month. I actually missed the Weathertop mark by 0.8 of a mile, but I’m counting it, because I’m sure I can see it from here…

I’m coming up on a long stretch of lonely land (125 miles!), which is probably gonna take me two months to get through, if previous months are any indication. Better get started!

I have posted/reblogged so many cool things on Tumblr in the past (almost) two months, it’s hard to choose! I’ll try to keep my faves down to the minimum ;P

This is Cat, one of my writing group members. I still regret nothing 😀

Someone needs to make this vid because I can’t and I would wATCH THE HELL OUT OF IT!!!

For context, my friend Peggy tweeted about our walks at the new Hike and Bike trail. This was my response 🙂

Camp NaNo is hard, yo ;P

At writing group, and our #CampNaNoWriMo campfire is buffering… #firstworldproblems #theinternethaseverything @NaNoWriMo

Just spent $12 on a specific color pen. Because apparently that's the kind of person I am now. #writerslife #amediting #CampNaNoWriMo

I don’t even know what’s happening here, BUT I LOVE IT!

It's like a bus stop in a Miyazaki movie. pic.twitter.com/WQmMf8y3QN

This happened to me 🙂

Reading something you wrote that you actually like is one of the best feelings a writer can have. #amwriting #amediting

Hey, I remembered that Instagram exists, good for me!

Easily the most fiber I've gotten onto this spindle to date 🙂 I'm really pleased by how quickly this is going! #spinnersofinstagram #nerdgirlyarns

Knitting is DONE on the 4th Doctor scarf! All I have to do is weave some ends and make some tassels! 🙂 #doctorwho #4thdoctorscarf #knittersofinstagram

That’s right, I’ve started using Pinterest again! Because that’s definitely what I needed, a new social media site to keep up with ;P

Last, but not least, I’ve gotten some really great asks my tumblr from my friend Sarah, and they’re really long, but I find them entertaining and apparently some other people have too, so I’m going to share them here 🙂 Enjoy!

That’s it! See you guys around the interwebs! 🙂

I have fallen so far behind on this, you guys. I’m gonna have to read some of the comics I have on my list to catch up… But for now, this is what I’ve got.

Now I’d like to take a moment to introduce something new to the Book-Hugger blog post. Every month, I will pick one of my recently read books and highlight it in this new segment, called…

As You Wish: Inconceivable Tales from the Making of The Princess Bride by Cary Elwes

I came to The Princess Bride later in my life than most people my age. I didn’t see it as a kid (though I don’t really know why, it seems like something that would have been right up my family’s alley), I actually didn’t see it until I was in my twenties and someone looked me right in the eye and said, “You haven’t seen The Princess Bride, are you kidding me?” I love the movie dearly now, and when this book was picked as a book club read, I was excited to dive into it, mostly because of all the good things I had heard about the audio version. But I knew that the narrative would probably not hold the same amount of nostalgia, and therefore emotional impact, for me as it had for many others. I went into this book with that expectation.

I was tearing up within the first few moments of Cary’s lovely recollections about the 25th Anniversary. He speaks about his experiences with such a sense of awe and wonderment, not just at the lasting endurance of the movie that he and so many others loved and worked so hard on, but just at the sheer joy of creating and sharing with others. He is at once humble and proud, in an endearing and captivating way, that spoke to me as a creative person as well as just a human being in general. His inclusion of so many interviews (often read on the audio by the contributors themselves) added another layer of excitement and insight that made it all the more fun to read.

I feel like I could just go on and on, but really, the only criticism I could possibly give is that the book was too short, mostly because I think I could just sit and listen to Cary read to me for hours, and not feel like a single moment had been wasted. Definitely worth your time if you have any love for The Princess Bride 🙂

(View all my reviews)

And that’s it, guys! Not much new to report, and next month will probably be even more sparse what with Camp NaNoWriMo going on in April, but I am trying to catch up! Comics to the rescue! ;P Until next time… 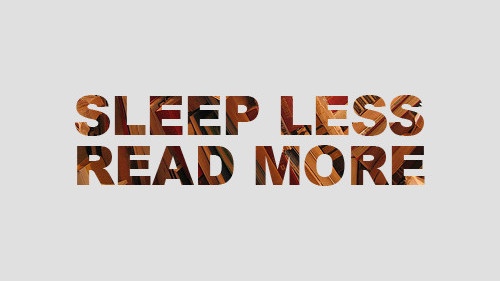 What’s Coming Up in April

I finished all my editing prep work for Clarity, my newest Marvel fanfiction set during the year of Loki’s imprisonment preceding (and including) the events of Thor: The Dark World.

From my Camp NaNo Synopsis:

Loki (the traitor, the usurper, former prince of Asgard) is imprisoned below the palace that was once his home, cut off from even his mother, possibly the only person in the whole of the Nine Realms who still cares for him. But Lady Frigga has always been a clever woman. And there is a girl in her service, a girl with no past and an unusual quality that makes her uniquely suited to the task the Queen has in mind. Klara might not know who she is, but in the dungeons of Asgard, she might learn who she wants to be.

Despite that terrible blurb, I’m really, really excited about this project, and so far it’s been a joy to edit! I’ve been adding and cutting and rearranging like a crazy person and it’s been a lot of fun! I’m really hoping to have everything done and ready to go by the end of the month, then it will rest for a couple of weeks before I start posting in June.

So, at the beginning of the year, I set out some yearly goals and some quarterly goals, and vowed to reevaluate and re-prioritize every three months. Three months have come and gone and it’s time to keep my word! Let’s start with a reminder/recap of my goals for the year:

Overall goals for the year: DONE!, Finish first draft of Changing History: Entwives, Write the Worth Living For short that I’ve been planning for ages, Edit and begin posting Clarity, Finish the first draft of all three parts of Wonderland Reclaimed.

Reward Project: If I finish Wonderland Reclaimed, I can write my Avengers: Age of Ultron fic for NaNoWriMo in November.

Now, let’s break it down by month!

So, despite a slow start to the year, I did actually manage to accomplish quite a bit in this first quarter, even if not all of it was in the original plan (the best laid schemes o’ mice an’ men, amirite? ;P). I’ve decided to put less emphasis on new words this next quarter, and more emphasis on getting these projects finished, be that writing, editing, or posting. On the flip side of that, I just found out that Alice Through The Looking Glass is being released on May 27th, and since my original novel is an Alice In Wonderland retelling, I would like to get that finished sooner rather than later, in order to capitalize on any resurgence in that genre that might result from the movie (which looks AMAZING, by the way, check out the trailer!).

As much as I’m enjoying editing my Loki fanfiction, in light of this news, I kind of wish I had set it aside and worked on Wonderland this month. Since that’s no longer an option (I’ve COMMITTED, dang it! ;P), I’m going to try (try!) to work on finishing the first draft in May, instead. With that in mind, here’s a break down of my goals for the second quarter!

I’m going to be honest, this next quarter looks super intimidating. It’s a lot of work. And I’m going to make a side-goal this quarter of making time for my original fiction, even if that means setting aside a fanfiction project I’m enjoying. I can always come back to it once I’m done 🙂

And that’s it! We’ll see what happens! If you’re doing Camp NaNoWriMo this month, break a leg, and I’ll see you all on the other side!