“Then they halted, for the wizard and Bilbo would not enter the wood, even though the king bade them stay a while in his halls (…) Then the elves turned towards the Forest, and Bilbo started on his long road home.”

END_OF_DOCUMENT_TOKEN_TO_BE_REPLACED

“Gandalf and Bilbo rode behind the Elvenking, and beside them strode Beorn, once again in man’s shape, and he laughed and sang in a loud voice upon the road. So they went on until they drew near to the borders of Mirkwood, to the north of the place where the Forest River ran out.”

END_OF_DOCUMENT_TOKEN_TO_BE_REPLACED

“They buried Thorin deep beneath the Mountain, and Bard laid the Arkenstone upon his breast.

“‘There let it lie till the Mountain falls!’ he said. ‘May it bring good fortune to all his folk that dwell here after!’ Upon his tomb the Elvenking then laid Orcrist, the elvish sword that had been taken from Thorin in captivity. It is said in songs that it gleamed ever in the dark if foes approached, and the fortress of the dwarves could not be taken by surprise.”

END_OF_DOCUMENT_TOKEN_TO_BE_REPLACED

“If you come in peace lay down your arms!” said the captain.

“We have none,” said Thorin, and it was true enough: their knives had been taken from them by the wood-elves, and the great sword Orcrist too. Bilbo had his short sword, hidden as usual, but he said nothing about that. “We have no need of weapons, who return at last to our own as spoken of old. Nor could we fight against so many. Take us to your master!”

“He is at feast,” said the captain.

“Then all the more reason for taking us to him,” burst in Fili, who was getting impatient at this solemnities.

~The Hobbit, Chapter 10: A Warm Welcome

END_OF_DOCUMENT_TOKEN_TO_BE_REPLACED

“Why did you and your folk three times try to attack my people at their merrymaking?” asked the king.

“We did not attack them,” answered Thorin; “we came to beg, because we were starving.”

“Where are your friends now, and what are they doing?”

“I don’t know, but I expect starving in the forest.”

“What were you doing in the forest?”

“Looking for food and drink, because we were starving.”

“But what brought you into the forest at all?” asked the king angrily.

At that Thorin shut his mouth and would not say another word.

Go ahead… Tell me you were starving… ONE MORE GODDAMN TIME…

I’m sorry, but this scene just cracks me up every time I read it, I can’t even ;P

So, I didn’t get a lot of walking done, but at least we’re imprisoned now, so YAY! Now we just have to escape and convince Laketown to take us in. We can do this, right? Yeah, we can totally do this 🙂

“This was their state when one day they found their path blocked by a running water. It flowed fast and strong but not very wide right across the way, and it was black, or looked it in the gloom. (…) There had been a bridge of wood across, but it had rotted and fallen leaving only the broken posts near the bank.”

I swore that I would not spend one more god forsaken month on that same Mirkwood path, and by god, I made it! I didn’t think I was going to, but I did! Take that! I mean, I’m still technically in Mirkwood, but at least I’m making progress! I’ll be kidnapped by Thranduil shortly (and I never thought I would type something like that with a hopeful attitude…) and then I’ll finally escape this awful place.

Onward! And don’t mind the hart…

“It was not long before they grew to hate the forest as heartily as they had hated the tunnels of the goblins, and it seemed to offer even less hope of any ending. But they had to go on and on, long after they were sick for a sight of the sun, and of the sky, and longed for the feel of wind on their faces. There was no movement of air down under the forest-roof, and it was everlastingly still and dark and stuffy.”

Oh I had such plans for this year… and then Mirkwood sucked the life out of me.

As I mentioned at the end of 2016, I had planned to start integrating walking into my writing routine through dictation this month. What I didn’t consider when I made this decision, was Daylight Savings Time. In my part of the world, its getting dark around 6 pm, and I don’t even get off work until 5:30. So I haven’t been able to take my writing “on the road” as it were, and have therefore lost all motivation for walking more. I’m attempting to come up with alternatives now, but so far, nothing. We’ll see how it goes next month I guess. Hopefully I can at least get to the Enchanted River…

“By the afternoon they had reached the eaves of Mirkwood, and were resting almost beneath the great overhanging boughs of its outer trees. Their trunks were huge and gnarled, their branches twisted, their leaves were dark and long. Ivy grew on them and trailed along the ground.” We have come to Mirkwood, and the end of 2016! It’s been a great journey so far, and I anticipate the rest of the journey will be even more exciting! Just for fun, here are a few stats I’ve pulled together from the year:

I’m really looking forward to 2017, because I have a plan to incorporate walking into my writing routine by using dictation! That should up my mileage by quite a bit, if I can commit to it. As a goal, I’m hoping to raise my average miles per month to 70 (which will shave about two months off my journey!).

Until next month (and next year)!

“‘And why is it called the Carrock?’ asked Bilbo as he went along at the wizard’s side.

‘He called it the Carrock, because carrock is his word for it. He calls things like that carrocks, and this one is the Carrock because it is the only one near his home, and he knows it well.'” ~(Gandalf, being super helpful, as usual…)

“Standing near was a huge man with a thick black beard and hair, and great bare arms and legs with knotted muscles. He was clothed in a tunic of wool down to his knees, and was leaning on a large axe.

‘Ugh! Here they are!’ he said to the horses, “They don’t look dangerous. You can be off!” He laughed a great rolling laugh, put down his axe and came forward.

Despite that gruff greeting, we’ve had a nice rest at Beorn’s house and we are now well on our way to Mirkwood! I don’t have high hopes of many miles walked this month, what with the holidays and everything, but I do hope to have a better system in place next year, incorporating my writing into my walking (or at least my brainstorming ;P). Look for more info on that in the coming weeks!

Hey guys! I am so deep into NaNoWriMo that I completely forgot about the blog! Sorry! Here goes 🙂

You know, this is really weird. I’ve been so focused on preparing for NaNo, I forgot I was going to have one more update post with Changing History on it. Wow. All my feels are reemerging. If you haven’t already, you can read about my feels in my blog post here.

I did way more work on this story than I anticipated this month. I looked over what I had coming up and realized… I really hated the way the chapters were structured. Really hated it. So I took the last chapter I’d written and completely redid it, changing the way everything was split and making me much happier 🙂 But it was a lot of work. Way more work than I wanted it to be. And now we’re at Beorn’s house and nearly everything I have has to be restructured and rewritten because it doesn’t make any sense. It’s going to be a disaster. But a disaster that can wait until after NaNo 🙂 Speaking of which!

I finished an actual outline! Like, with structure and thought put into it! Actually, what I did was take an outline of Hamlet from the internet, put it side-by-side with a blank document, and work my outline directly off of that, making changes as I went. It was… more difficult than I thought it was going to be, honestly. And the story is… harder to write than I anticipated. But I’m working on it! Hamlet in Space! And my male!Ophelia character is a precious neurotic cinnamon roll, I love him 🙂

What’s Coming Up in November

Obviously 😉 My goal this year is to, not just write the 50k words, but to actually finish this novel. I already have it broken up into scenes (thanks, outline!) and it looks like I need to finish two scenes every three days in order to finish by the end of November. We’re only a couple days into NaNo, but so far it looks like I’m on track for that to happen. We’ll see how good I’m feeling in a few weeks…

Is it bad that I already have ideas for writing The Tempest in space? That’s bad, right? 😛

And since apparently this is becoming a tradition, the cute animal of the month!

This is a pangolin! 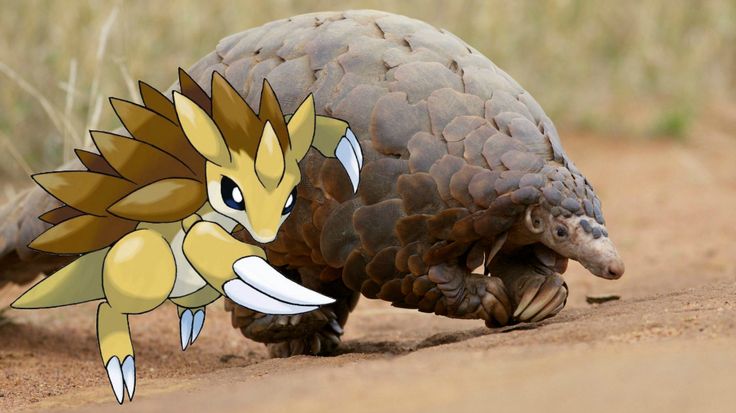 He is a real-life pokemon, and he is also very cute 😀 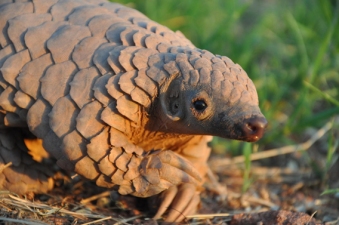