Hey guys! Just wanted to let everyone know that there’s a major sale going on right now, and “Doubt The Stars” is in it! If you’ve been thinking about grabbing my first book on ebook, you can get it for the next week for only 99¢!

My friend, Adan Ramie, is in the sale too with several cool books that you should check out, including “Maladaption” which I read and loved!

If you’d like to check out the other books in the sale, just click below. There are like 60 authors in this sale, seriously, it’s insane, you should check it out!

How is everyone doing? I’m pretty great, I think. I made some progress last month, I have a few plans for the coming month(s). Things don’t currently suck 🙂

Hey, look at that! I actually exceeded my goal by almost two thousand words!

END_OF_DOCUMENT_TOKEN_TO_BE_REPLACED

So, here’s the deal, pickle. I haven’t blogged since like May…or June…something. I can’t even remember. I’m gonna try to get us caught up here, so this post is probably gonna be looooooooonnnggggg…

What I’ve Accomplished These Months 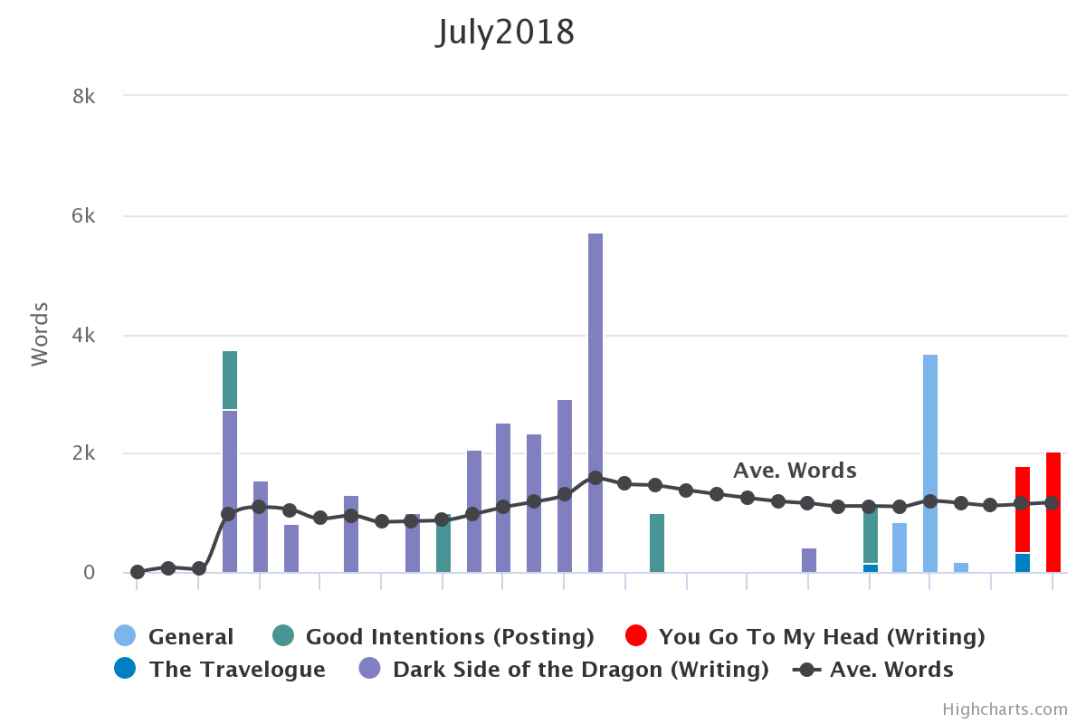 Okay, I don’t even remember what my goals were, hold on, let me check…

Well, I got one of these, so I must have done pretty good!

We’re just gonna hit the highlights this time (since I’m so far behind), but let’s go ahead and break it down just to see how it all worked out.

END_OF_DOCUMENT_TOKEN_TO_BE_REPLACED

For the first time in over six months, I actually feel good about my writing. It’s been so long…so long…

Anyway, let’s take a look at what happened in May! 😀

Look at that chart! Look at it!

Here we go, let’s break it down!

END_OF_DOCUMENT_TOKEN_TO_BE_REPLACED

So…here we are again.

At least it hasn’t been over a month…so…there’s that.

Anyway, let’s take a look at what happened in April! 😀

So…what had happened was…I didn’t actually suck at this as bad as I thought I would 🙂 Let’s break it down!

END_OF_DOCUMENT_TOKEN_TO_BE_REPLACED

…has it seriously been over a month since I blogged???

Sorry guys. I know that my life sort of fell apart, but that in itself is not incredibly unusual (as long-time readers are probably aware). 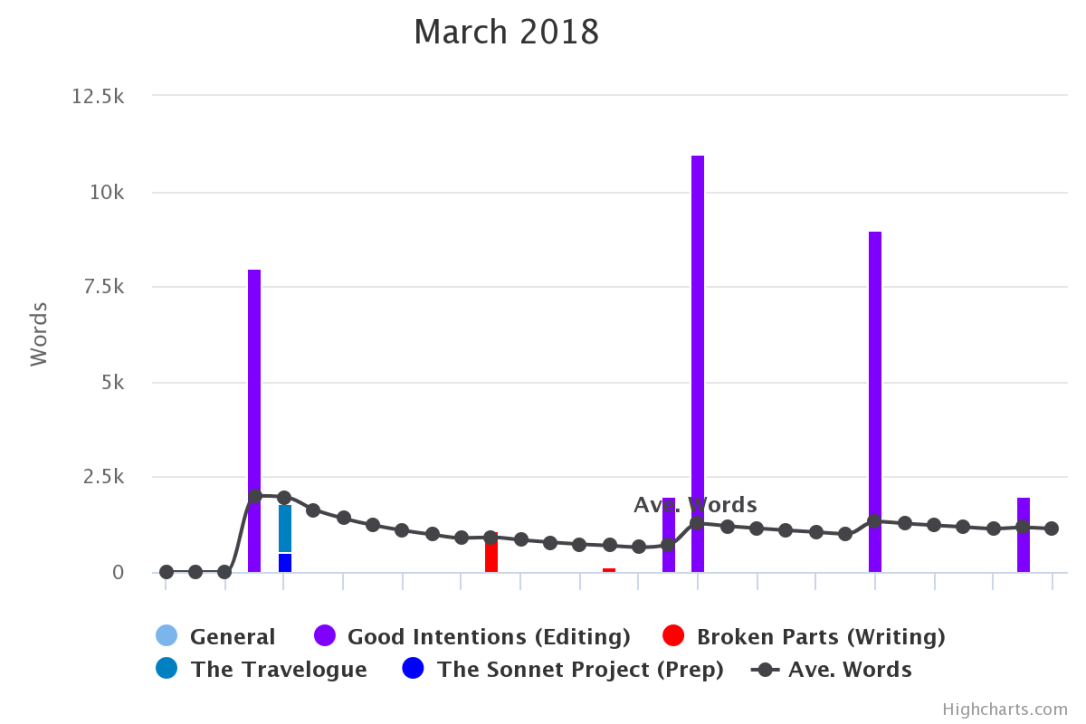 So, I know the graph looks bad, but look! I made my goal!

Weekend binging is apparently the method of the moment for the second month in a row. Blessings on Imaginary Boyfriend for putting up with me (again). However, the individual goals didn’t work out quite the way I expected. Let’s break it down!
END_OF_DOCUMENT_TOKEN_TO_BE_REPLACED

I did some things, let’s talk about it and stuff.

As you can probably see, I did a lot of my work on the weekends this month. A million blessings from whatever deity happens to be listening on poor Imaginary Boyfriend for putting up with me. Seriously. My weekdays have been taken up by so many things lately, it’s made it so difficult to get anything done. Alright, let’s break it down. END_OF_DOCUMENT_TOKEN_TO_BE_REPLACED

Update 2.25.18– I’ve updated the list! And I apologize if anyone was having trouble commenting earlier 😦 I think I’ve fixed the problem, but if you still have issues, you can drop me a message on my Facebook page with your info and I will get you added as quickly as possible!

International Women’s Day is March 8th, 2018, and I have something very special in the works. For the week of March 4th- March 10th, I thought it would be cool to celebrate all the amazing women authors out there in the world!

END_OF_DOCUMENT_TOKEN_TO_BE_REPLACED

Wow, so I 100% completely forgot to blog for this whole month! So…there’s that.

I mean, it’s not like I did a lot in January anyway, but…here we go.

END_OF_DOCUMENT_TOKEN_TO_BE_REPLACED

Here we are again, another year come and gone. It’s time to look back, see what I accomplished in 2017, and lay out the plan for 2018. It’s been…quite a year.

A lot happened in my personal life, which heavily affected my writing. I lost my grandmother, and then my grandfather eight months later. Grief is a hard thing to work through, even knowing both of them are no longer suffering. Harvey came, and he was a jerk, as anyone living in Southeast Texas knows. I have several friends still dealing with the repercussions of that particular asshole. There were other things going on in my life as well, all of which made it difficult to stick to schedules. It always felt like I was waiting for the other shoe to drop.

All of that to say, I’m trying to be kind to myself, to celebrate the victories and let the other stuff go. It’s hard (especially when I have so many plans and not enough time), but one of my intangible goals this year is to stop comparing my writing life to the lives of others and do what I can do, while still making time for myself. I’m really bad at that.